This delusion is named after the Italian actor Leopoldo Fregoli, who often changed appearances and identities during his performances. This type of delusion occurs when a person believes that a number of different people are actually one person who has the ability to change their appearance. The different people are usually familiar and are often considered to be hostile or persecutory to the Fregoli sufferer. This delusion is often thought of as a variant of Capgras Syndrome and it seems the underlying neuropathology is similar, usually involving lesions to the right hemisphere of the brain. It has been difficult however, to clearly trace the delusional misidentification directly to the organic pathology since the syndrome is so often comorbid with psychotic disorders (Mojtabai, 1994; Novakovic, Aje, & Sher, 2010).

One research study has reported that Capgras, Fregoli, and psychotic syndromes can be distinguished from one another by observing facial recognition reaction times. Patients suffering from delusional misidentification disorders had longer took longer to perform facial recognition tasks than psychotic patients, with Fregoli patients taking longer than Capgras patients. This may indicate differences in underlying pathology among psychotic, Capgras and Fregoli syndromes (Walther et al., 2010).

In addition to psychoses, Fregoli syndrome has been associated with a number of other disorders. Bruggemann and Garlip report a case of erotomania combined with Fregoli delusion in a 24 year old woman. This woman believed a colleague who was the target of her erotomania, appeared as other people. While they did not find any overt pathology they did note EEG differences in the right temporal lobe. This woman, as is typical for people with Fregoli syndrome, also suffered from psychotic symptoms such as imagining she had become pregnant by her colleague and that she was his fiancée. She was treated via psychotherapy and neuroleptic medication, which lessened her symptoms. When the patient stopped taking her medication her psychotic symptoms returned. The authors conclude that the Fregoli syndrome was secondary to paranoid schizophrenia (Brüggemann & Garlipp, 2007).

Melca et. al. (2012) describe two patients with delusional misidentification disorders (Vapgras and Fregoli syndromes) who also suffered from treatment resistant obsessive compulsive disorder (OCD). One of the two patients also was diagnosed with paranoid personality disorder while the other with pervasive developmental disorder. Both patients in the study exhibited varying amounts of insight related to their OCD. The authors  speculate that there may be a relationship between OCD and delusional misidentification disorders (DMS).

Fregoli syndrome has also been associated with violent behavior. Delavenne & Garcia (2011) report on a case of a paranoid schizophrenic woman who was convinced that a boyfriend was able to appear as other people so he could follow her. This patient had an episode of violent behavior associated with her Fregoli delusion. She had topped taking her anti-psychotic medication 6 months prior to her violent outburst. Facial recognition tests and a CT scan of her brain revealed no abnormalities. Even though she was put back on anti-psychotic medication, her delusions returned after 10 days.

Delusional Misidentification Syndrome in the form of Fregoli Delusion has also made appearances in popular culture. One of the best examples of this is a variant of Fregoli Delusion which is central to the film Being John Malkovich (Jonze, 1999). In this film there is a tunnel in a strange half floor of an office building. Travel through this tunnel allows people to experience ‘being’ the actor John Malkovich for a short time. Later in the film, John Malkovich himself discovers the existence of the tunnel and goes through it. When he emerges everyone else is a version of Malkovich, with his face and everything they say coming out as the word ‘Malkovich’. 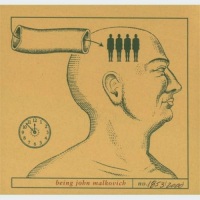 Science fiction has been an especially fruitful ground for the emergence of modern stories related to imposters masquerading as humans. This can be seen most readily in stories about robots or androids. In many cases these stories revolve around the ‘imposters’ wanting to become human, or being indistinguishable from humans, as in the Phillip K. Dick story Do Androids Dream of Electric Sheep? (1968/1996), which was made into the movie Blade Runner (Scott, 1982), or the Isaac Asimov Robot series (1982) which has had a number of film adaptations including most recently the film I Robot (Proyas, 2004). In these modern portrayals humans are generally anxious about the imposter status of the robots and androids as well as being paranoid about their intentions. It is possible that the popularity of the imposters among us theme relates to a subconscious fear of misidentification in general.

An older instance of DMS can be found primarily in the British Isles. In times past British or Celtic babies were thought to be kidnapped by fairies and replaced by identical looking children. The replacement children, called changelings, were often sickly and exhibited abnormal behavior.

Evans (2000) describes the Irish belief in changelings that is typical of the British Isles;

Mothers and babies were thought to be especially liable to be abducted by the fairies, and protective charms were hidden in a baby’s dress or placed in the cradle. When children were taken to be baptized, too, special preparations were made and precautions taken, for example, a County Antrim clergyman reported that his parishioners would place a piece of bread and cheese in the child’s clothing.

The old custom of dressing boys in girls’ clothes, in long frocks, until they were ten or eleven years of age has been explained as a means of deceiving the fairies, who were always on the lookout for healthy young boys whom they could replace by feeble “changelings.” For the same reason it is unwise to praise a child without adding a saving “God bless him,” and young boys are still half jocularly referred to as “rogues and Tories.” The belief in “changelings” may have arisen as an explanation of the high mortality rate among baby boys as compared with girls. (p. 289)

Indeed, changeling legends may be related to high infant mortality rates in general. When an infant becomes sick and dies for no apparent reason, the human mind will seek an explanation for such a tragic event. If no logical reason can be found the human mind invents a reason that can provide meaning to the tragedy and lessen its sting. There is always a chance the original child can be returned by the fairies, or the thought the original child is being raised by the fairies and has been given special powers can be of comfort to the grieving parents.

The changeling legends have much in common with the belief in the ‘evil eye’ that has its origins in the Mediterranean regions. In this legend it is especially important to ward off the evil eye from infants who are susceptible to its negative influence. I hope to write more extensively about belief in the evil eye, as it has some unique and interesting features.